DONGWON TUNA: Premium Limited Edition Gift Set
The Client
____
Dongwon Industries was founded in April 1969 to explore the sea, a rich repository of food resources. Since its establishment, Dongwon Industries has been leading Korea’s fishing industry, sailing across the five oceans, and contributing to the development of food culture by providing high-quality seafood products.
The Project
____
I was approached by Dongwon Industries from South Korea as they wanted to use some of my illustrations for their limited edition gift set of tuna cans. This is a great example of how important personal projects are. Besides developing your style and growing as an artist or designer, it is often that clients may be attracted by your personal work and some times might even want to use it as is. This is the case with this project. I was asked to make 2 new illustrations, but also use 8 of my preexisting illustrations from my "Around the world" personal project. I had to remake them as the size required was different and as i wanted to make some adjustments and add things but the main idea i worked on was the same. The result is a set of colorful pop tuna cans.
Hope you enjoy the project. 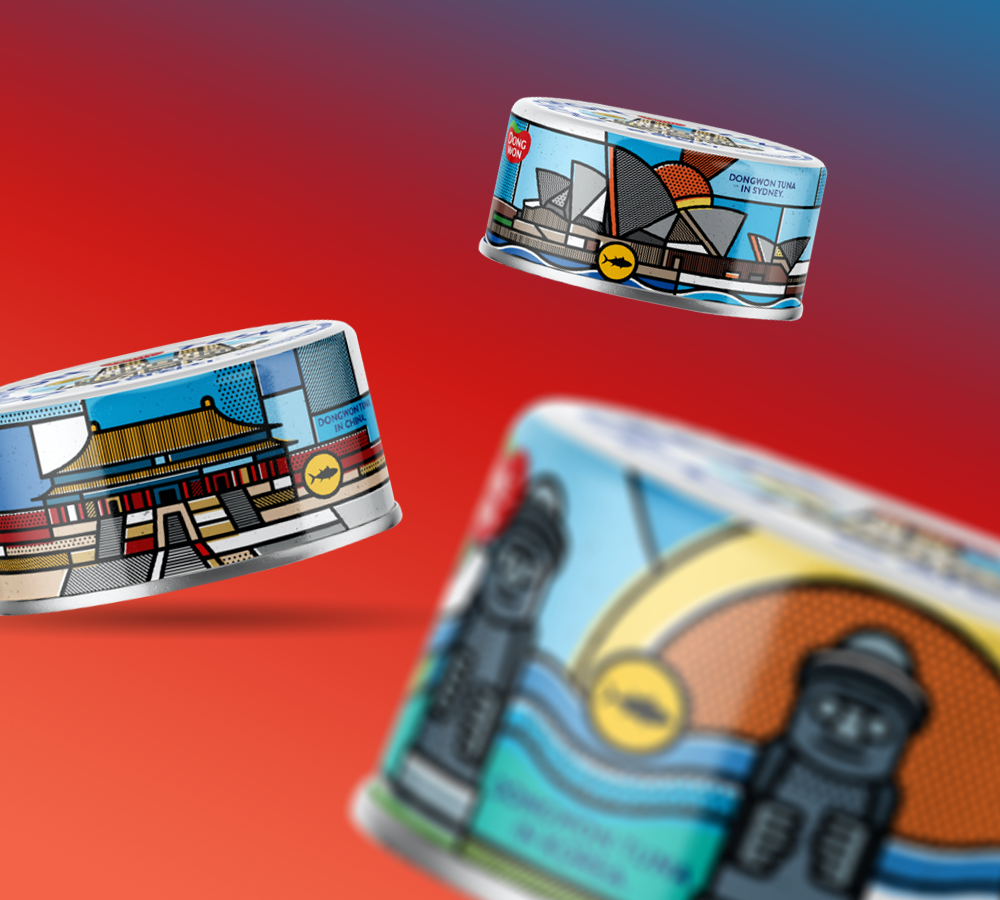 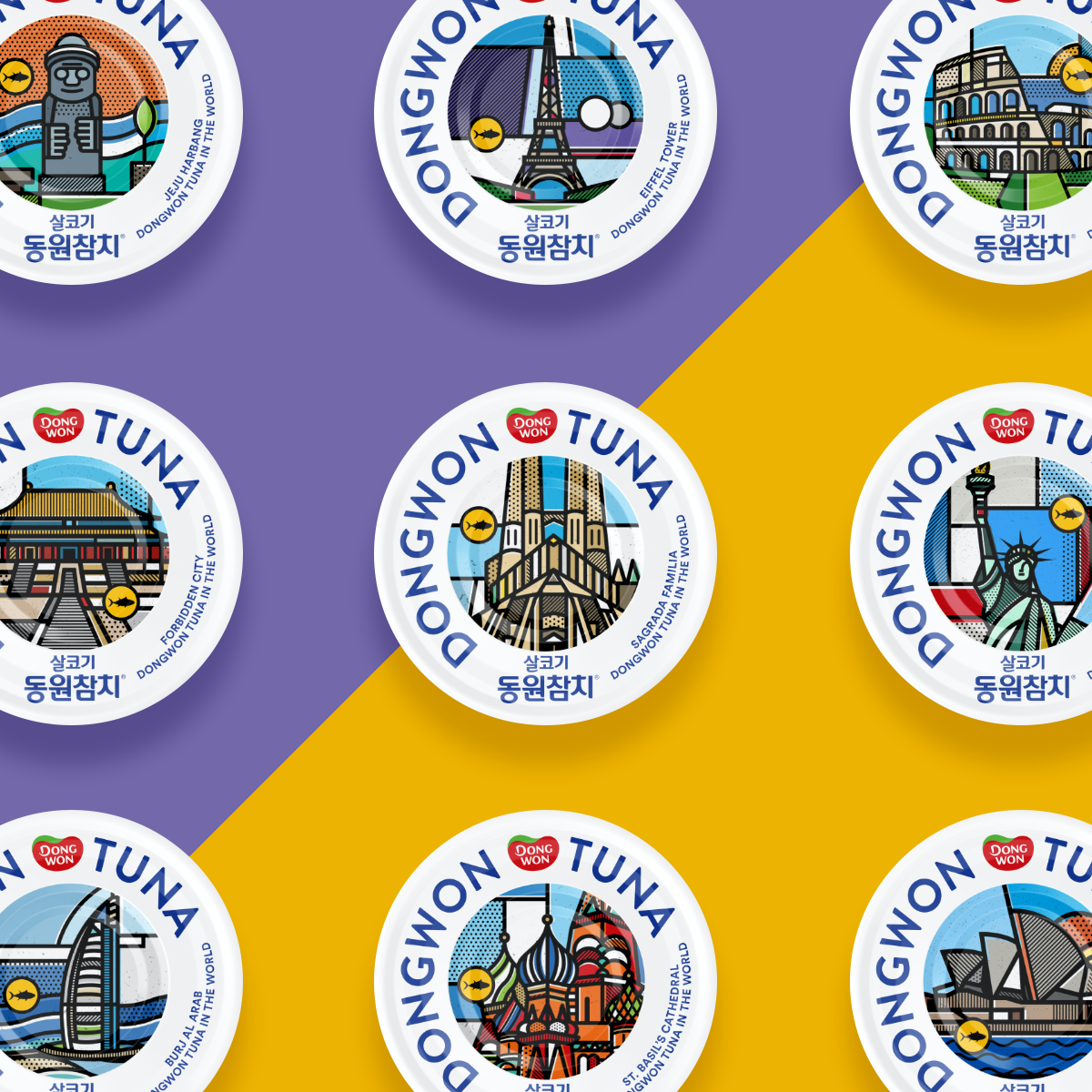 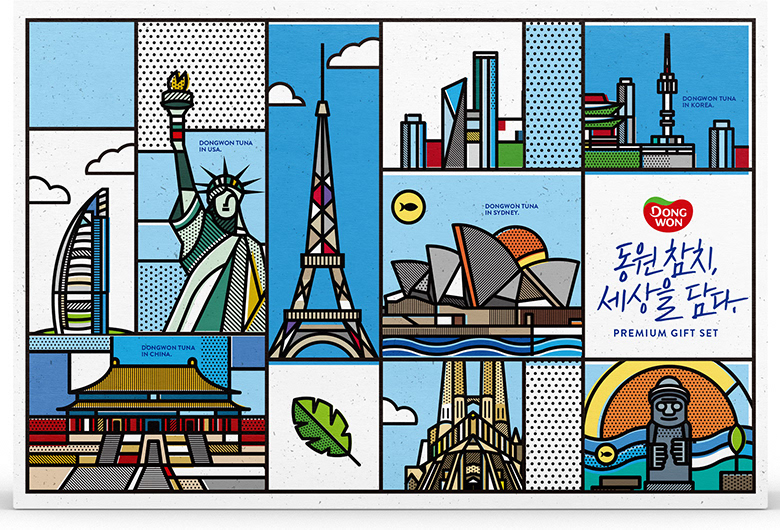 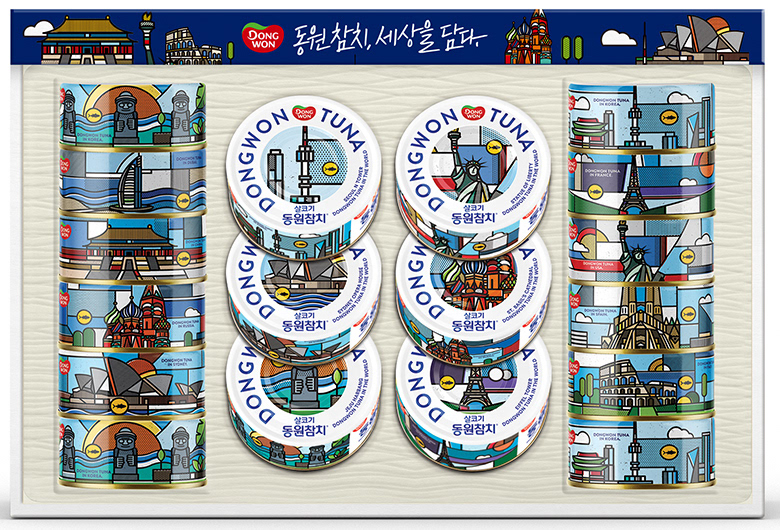